My-Linh Thai is running for 41st LD State Representative. More than two months after she filed for her candidacy, and 2 weeks after we featured an article on our site questioning Thai lacked campaign issues, she finally posted her campaign priorities on her campaign web site. Given her background as BSD board member, not surprisingly, education is the first on her priority list.

My-linh Thai said on her campaign web site: “Helping Kids Succeed – As a Bellevue School Board Director and PTSA parent, I believe that Education is the key to opportunity. In Olympia, I will continue to advocate for investments in local schools, promote parent and community engagement, set high- expectations for excellence with culturally responsive curricula and instruction, and ensure an equitable and sustainable funding for our public school system.” However, Thai’s track records suggest differently.

Thai says that she will continue to “promote parent and community engagement”. Many BSD parents beg to differ.

My-Linh Thai’s push for racial equity met strong resistance from BSD parents. Instead of engaging in conversations with parents, BSD engaged many dirty tactics to suppress parents the voice, including inviting activists from outside of school district to dominate discussions at community cafes. Frustrated parents had to take their voices to Bellevue Reporter. Almost every week, there is a letter to editor complaining about BSD’s dirty tactics and failure to engage in parents and community.

Thai says that she will continue to “set high-expectations for excellence”.  However, quality of BSD has deteriorated since Thai became BSD board member in 2013. 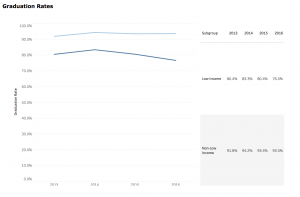 My-Linh Thai’s true agenda as BSD board member is to advance her political career at the price of BSD students. 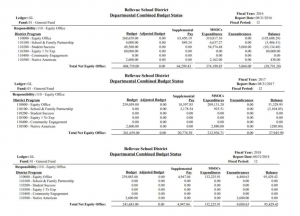 Web site District41Election pointed out  “She (My-Linh Thai) pushed to establish an Equity Team of 14 employees, and after spending over one million dollars, Bellevue School District failed their promises to students: graduation rate is down, and absenteeism rate is up. From 2014 to 2016, 62% more black students, 41% more white students, and 30% more Hispanic/Latino students could not graduate.”

Voters of 41st LD, on the other hand, should ask themselves “Can I trust My-Linh Thai?” “Can she truly be trusted to represent 41st District?” If you exam her entire political career, the answer is “NO”. My-Linh Thai has an honest and trustworthy problem.

Iconic One Theme | Powered by Wordpress